Order by Sundays at 5pm MT for delivery the immediately following Thursday.

Joe Echo-Hawk was born in Fairbanks, AK and has been fishing the Bristol Bay with his friends since 2004, when fate called him while he was eating a $5 Hot-N-Ready pizza on a curb in LA and asked if he wanted to come to Alaska and fish for a month. After 5 years working as a crewman with his friends, a one-line Craigslist ad appeared advertising a small fishing operation for sale. He jumped at the opportunity, and started his own fishing business in 2009 that would become Kwee-Jack Fish Co (named after the Kvichack River near where they fish).

Though Joe no longer eats Hot-N-Readys, he and his wife Angela work together on Kwee-Jack, which has become a community-supported fishery (fish's version of a CSA) with pickup locations in 4 states! They live in Billings, Montana most of the year with their two young boys.

Their wild caught sockeye salmon is harvested from fishing sites located near the mouth of the Kvichack River in Bristol Bay, AK. Bristol Bay is home to one of the largest Sockeye salmon runs in the world, with over 30 million salmon each year. It's closely managed by the Alaska Department of Fish and Game with very strict regulations to ensure sustainability for future generations of salmon (and the humans eating it!) Scientific management, along with the incredibly unique environment of the area, make wild Alaskan salmon one of the healthiest and well-managed resources for protein on the planet.

The Kwee-Jack fishing boats are small and nimble, ready to take on the rapid changes in weather and tides that happen in June and July in Alaska. They use a set-net style of fishing, which is used most often by smaller fisheries and requires small boats and shallow waters. The nets are anchored in the mud, and typically the boat is pulled under the net and the fish are hand-picked from the net - in comparison to large nets being pulled onto big boats, which put a huge amount of strain on the fish. The Kwee-Jack method of fishing preserves the quality of the fish by preventing crushing and strain. Large tender vessels with refrigerated fish-holds hang out nearby, ready to take the catch into their freezing saltwater brine. They then deliver the fish to the local fish processor for the freshest freezing possible. 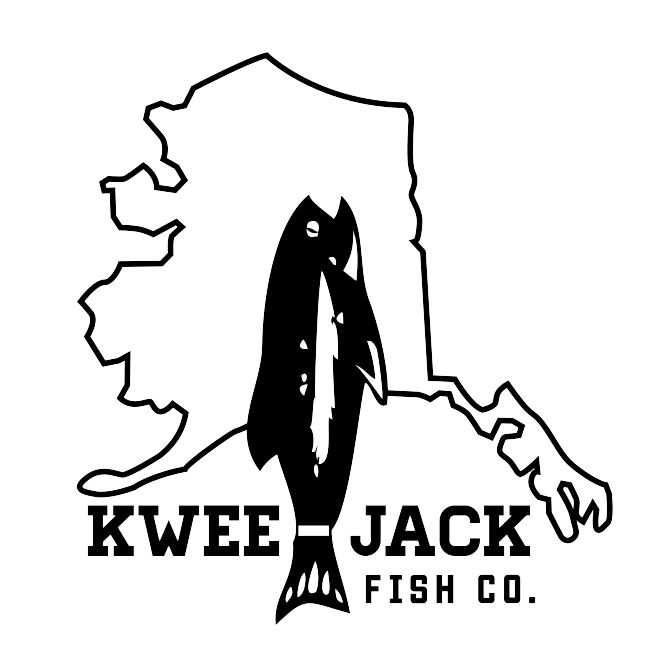